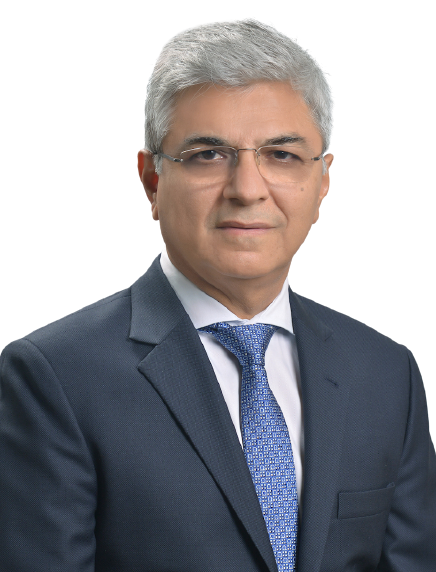 Mr. Muhammed Amin is a Chartered Accountant. He has over 30 years of experience with reputed FMCGs at senior management positions.

He was CEO of Gillette Pakistan Limited till December 2000 and Regional Business Director, Gillette Middle East and Africa from 2001 to 2003. He headed Mondelez Pakistan Limited as CEO for over ten years till 2014. Later, he established Sunridge Foods in 2015 and headed the company until January 2020. 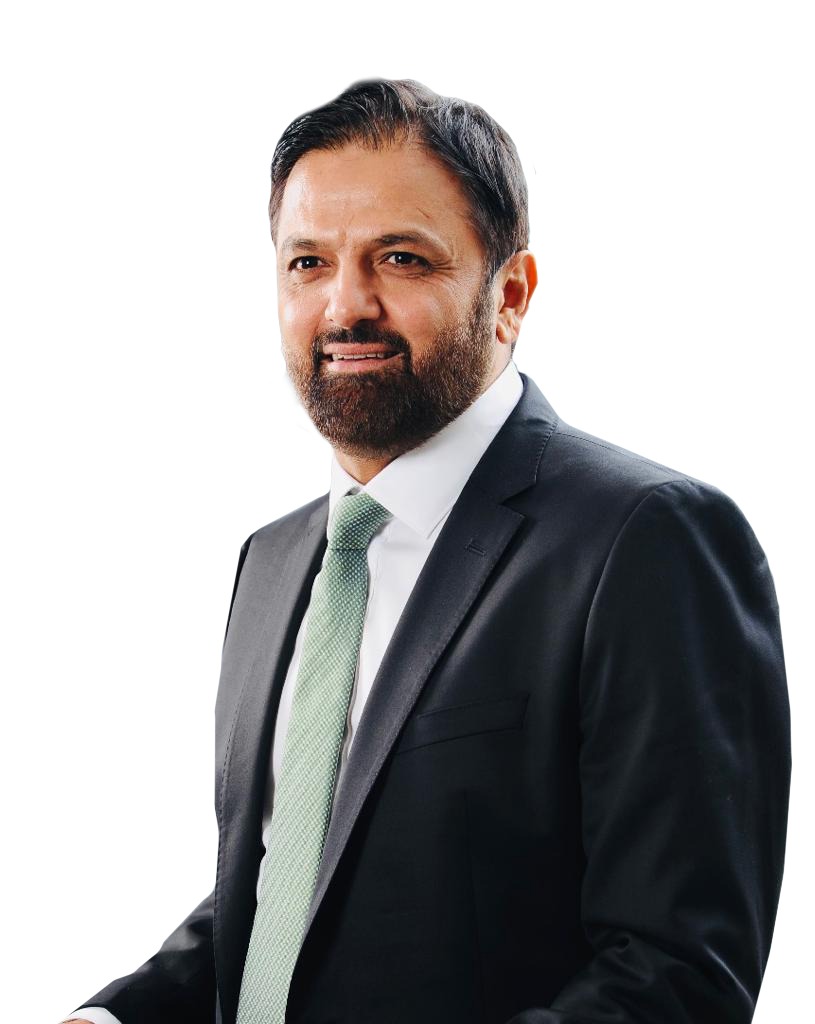 Mr. Naveed Godil is an inspirational business leader and Innovator with 24 years of experience in business leadership. Experienced in all aspects of business, he is a visionary product developer with deep knowledge in research and analytics. Graduated from University of Karachi, Mr. Godil began his career in 1996 from Financial Market of Karachi Stock Exchange. He excelled himself charismatically and emerged as an entrepreneur in no time by establishing his first own company named “Fortune Securities Private limited” in1999 as a member of Karachi Stock Exchange.

Trusting his exceptional entrepreneurial flair, he later stepped into new business ventures to exhibit versatile leadership skill and in 2008 became a co-founding of Al Shaheer Corporation Limited where he greatly contributed in success of the company by developing a strategic business model and helped the company to grow in the right direction. 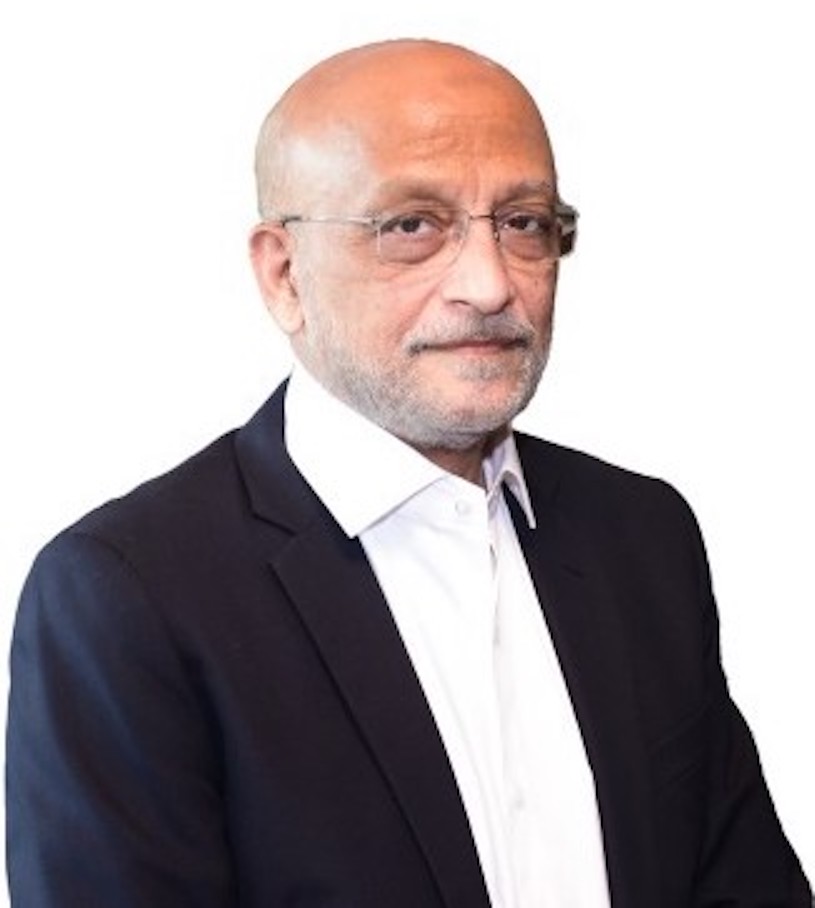 Mr. Sarfaraz Ahmed Rehman is a chartered accountant and business executive having contributed his expertise to multinational companies such as Unilever, SB (GSK), Jardine Matheson/Olayan JV and PepsiCo during his varied career.

In 2005, Mr. Sarfaraz helped establish Engro Foods as its CEO. The company quickly grew from a greenfield, to become the largest liquid dairy company in Pakistan. He took a sabbatical from Engro Foods to establish the Karachi School for Business and Leadership project in 2012. Sarfaraz rejoined Engro Foods as CEO in 2013 where he remained CEO till 2015. Engro Foods sold 51% of its shares to Royal Friesland Campina for half a billion dollars in 2015- one of the biggest private foreign investment in Pakistan’s history.

From Oct 2015, Mr. Sarfaraz was involved in consultancy projects with ICI, IBL, JSPE, Shan Foods, Burque, CCL and Al-Shaheer. In 2016-17. He acted an executive coach with Grant Thornton Pakistan, during a culture change project for a large bank. He was also Chairman of the Broadcasters and Advertisers Council till 2018- a joint body of Pakistan Broadcasters Association and Pakistan Advertisers Society, controlling advertising in Pakistan. He was also the first Chairman of the Effie Awards (Oscar of advertising) in Pakistan. He also conducted a renowned coaching/mentoring role, with many corporate executives, including Careem and Gatron-Novatex.

Lately he has returned to a corporate executive role from Jun 2020, as the CEO of FFBL. In his tenure, FFBL has turned a large loss-making situation into a profit position.

Mr. Sarfaraz is deeply interested in playing his part in giving back to society and has worked on an online interactive education model for mass education, to resolve the issue of literacy in Pakistan. In the past he was associated with Shaukat Khanum Hospital as a Board of Governor and with WWF as a Director. He is also associated with Hisaar Foundation and its work on water/environmental issues in Pakistan. 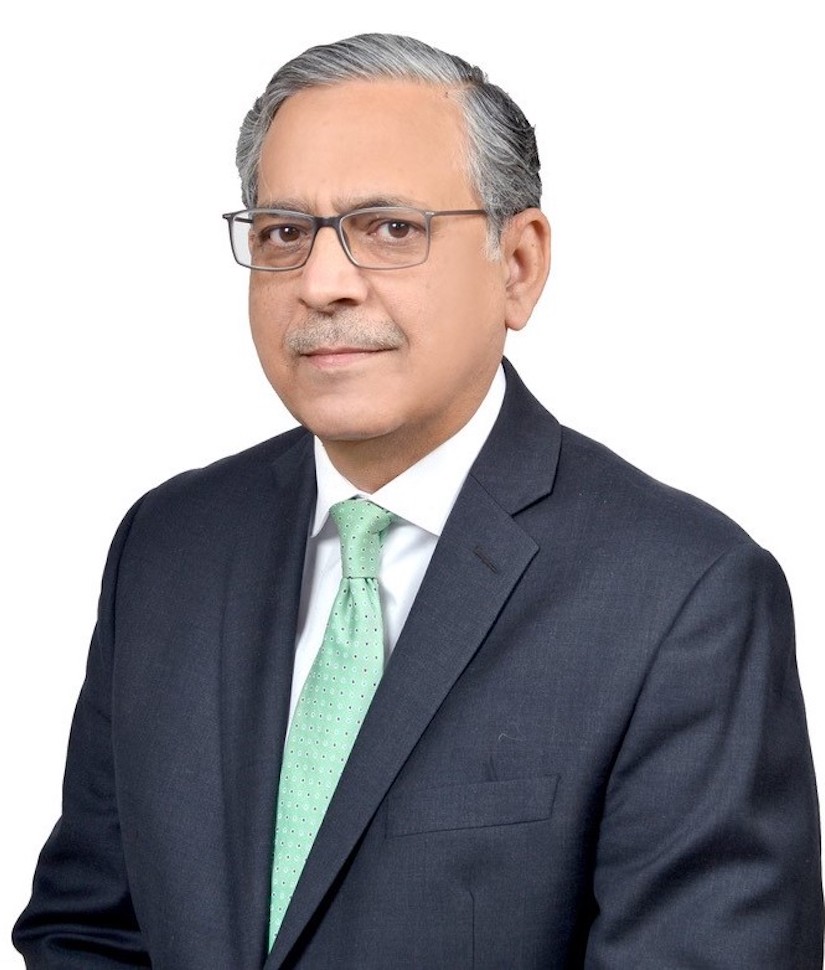 Mr. Saad Amanullah Khan spent three decades with Procter & Gamble in senior management including seven years as Chief Executive Officer of Gillette Pakistan. He has been elected twice as President of American Business Council (ABC) and is an active Executive Director of Overseas Investors Chamber of Commerce and Industry (OICCI).

He is author of a business book “It’s Business, It’s Personal” and has authored many research papers and actively writes in newspapers on economic growth, democracy, entrepreneurship, social development and leadership.

Mr. Khan holds two engineering degrees (Systems Engineering and Computer Science Engineering) and an MBA from The University of Michigan, USA. He is also the Chairman of the Audit Committee of FFC. 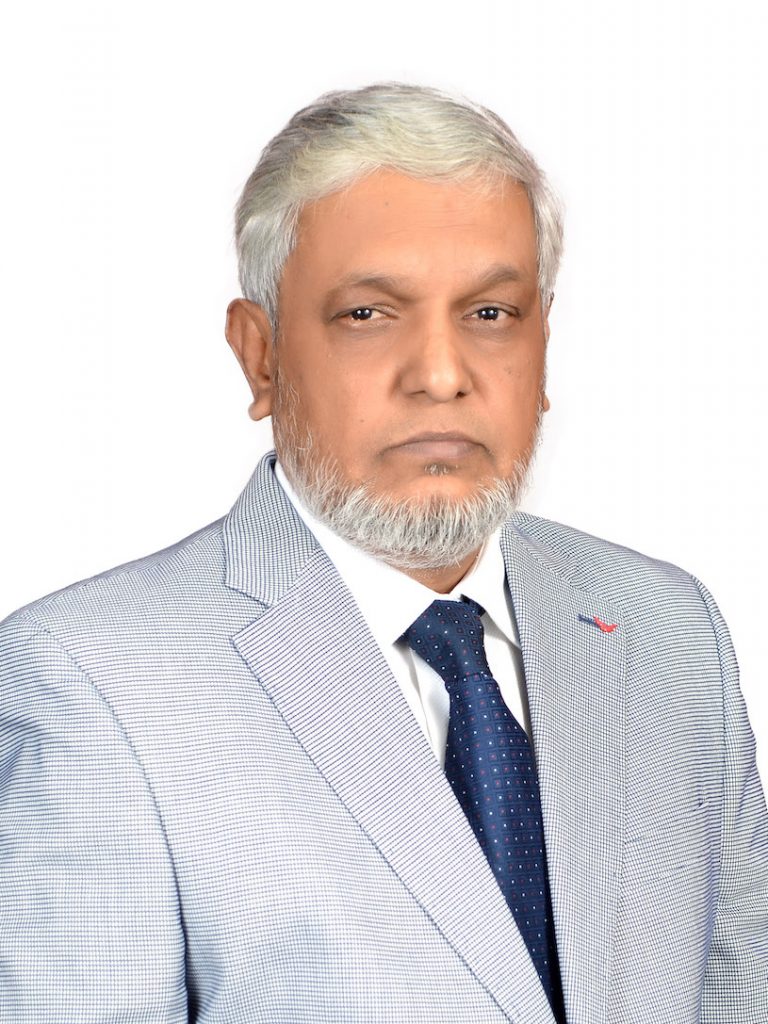 Mr. Aftab Zahoor Raja boasts an immaculate profile in the world of business with his main ventures consisting of Real Estate investments and Packaging Industry companies. He began his career as an exporter of Shell Suits and Spices and later ventured into Real Estate investments. For the past 6 years Mr. Aftab has diversified into the Manufacturing sector where he co-founded along with his partners, International Packaging Films Limited.

In addition to his position on the Board of International Packaging Films, Mr. Aftab is currently managing Town Planners Developers and Real Estate Consultants (Lahore Pakistan- Real Estate Development).

He holds a Bachelor of Arts in Social Sciences Degree from Punjab University. With regards to his philanthropic endeavors, Mr. Raja is guided by his desire to serve the community through his entrepreneurial efforts. 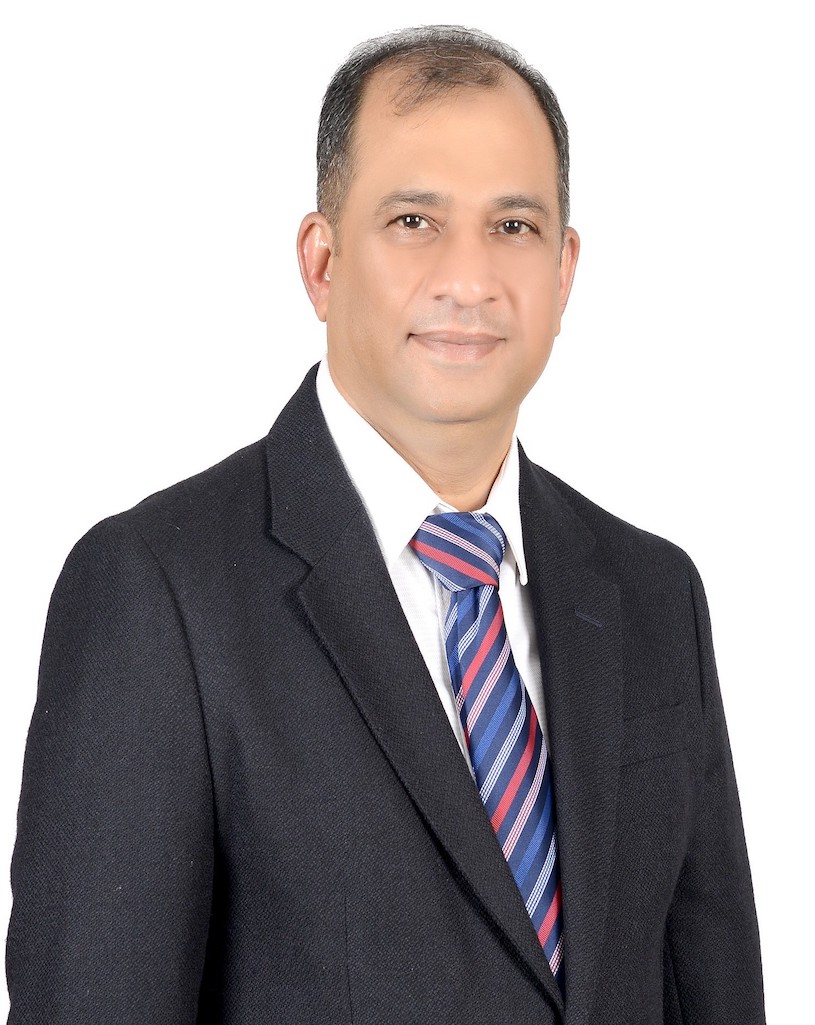 Mr. Mushtaq Ali Tejani is an entrepreneur with more than 25 years of experience in the domestic consumer goods landscape. He boasts an immaculate profile in the world of business with his main ventures consisting of Local Fast Manufacturing Consumers Goods and Packaging Industry.

For the past 4 years Mr. Tejani has developed diversified businesses in the Packaging sector where he co-founded International Packaging Films (Private) Limited. Mr. Mushtaq Ali Tejani is currently the Managing Director / Partner of Saarim Enterprises and Feroz Products. 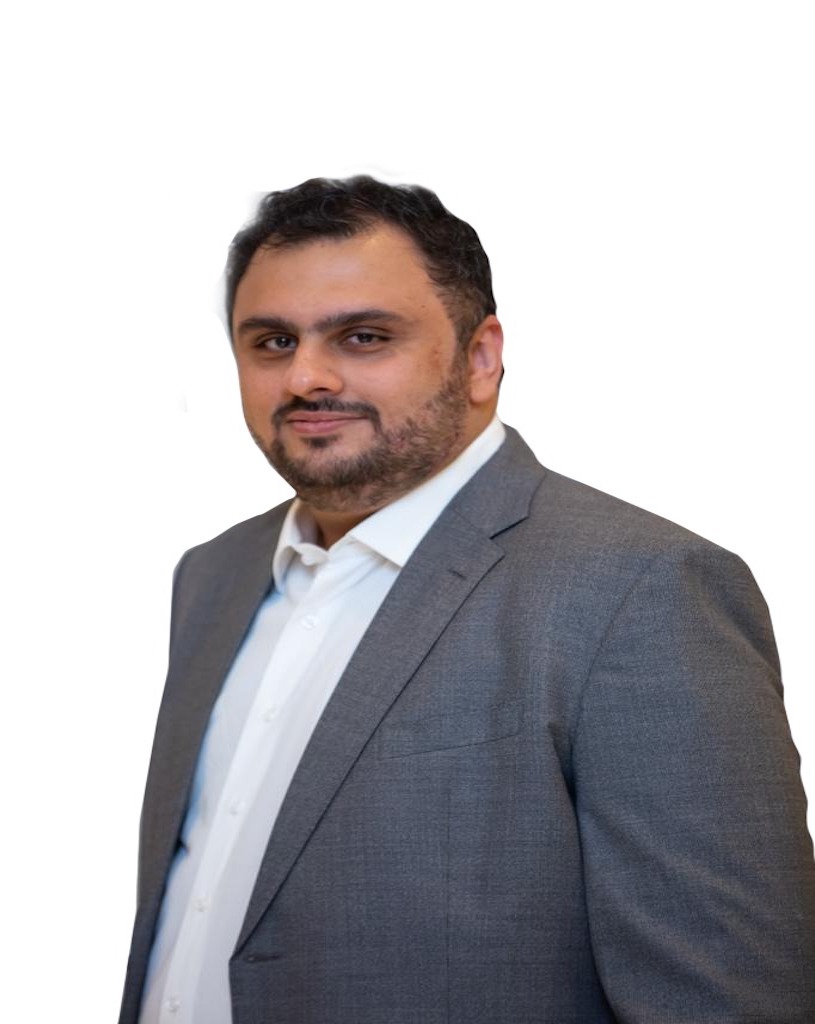 Mr. Arsalan Pirani is a Bachelor in Accounting and Finance degree from Heriot-Watt University, Edinburgh, Scotland and is a seasoned business entrepreneur with immense leadership skills. He is a lead sponsor and Non-Executive director at International Packaging Films Limited. He is also the Managing Director of Pirani Group International which is actively involved in diverse business concerns situated across multiple countries. Mr. Taimoor Iqbal is an experienced entrepreneur with leadership roles in numerous industry segments spread across Pakistan and the UAE. In addition to his role in International Packaging Films Limited, he is presently the Managing Director of companies involved in Automobiles, Real Estate Development and various trading concerns.

For the past 4 years Mr. Taimoor has added immense value to the IPAK’s operations and has the Company maintained string relations with the International Suppliers such as Bruckner, BOBST, SML, etch through its charismatic personality and flair. Adnan has also been teaching audit and financial reporting to professional students and business graduates and has conducted business study workshops organized by World Bank and IMF for government officers in Pakistan Audit & Accounts Academy. During course of his career he has held leadership roles in Compliance and Corporate Affairs functions of reputable organizations which includes, Jubilee General Insurance Company Limited, Dawood Family Takaful Limited and Postal Life Insurance Company Limited. In addition to managing the compliance risk he has been actively involved in policy formulation, internal controls design, risk management and financial reporting.